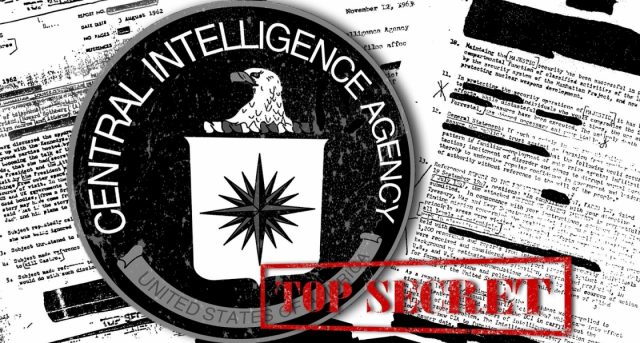 It details sophisticated software tools and techniques used by the agency to break into smartphones, computers and even Smart TVs.

The first installment published already contains 7,818 web pages with 943 attachments and WikiLeaks has stated this is only part of the cache.

It also appears the CIA has managed to circumvent the security controls in Signal, WhatsApp and Telegram – most likely by compromising the phone and grabbing the plain-text rather than cracking the encryption itself.

WikiLeaks has dumped online what appears to be a trove of CIA documents outlining the American murder-snoops’ ability to spy on people.

The leaked files describe security exploits used to compromise vulnerable Android handhelds, Apple iPhones, Samsung TVs, Windows PCs, Macs, and other devices, to read messages, listen in via built-in microphones, and so on. The dossiers discuss malware that can infect CD and DVD disc file systems, and USB sticks, to jump air-gaps and compromise sensitive and protected machines – plus loads more spying techniques and tools.

Yes, government surveillance has a chilling effect on freedom of expression. But, no, none of this cyber-spying should be a surprise.

The tranche of CIA documents – a mammoth 8,761 files dubbed “Year Zero” – accounts for “the entire hacking capacity of the CIA,” WikiLeaker-in-chief Julian Assange boasted today. He said the documents show the intelligence agency had lost “control of its arsenal” of exploits and hacking tools, suggesting they were passed to the website by a rogue operative.

It’s pretty similar in many ways to the 2016 NSA Shadow Brokers hack we wrote about.

The CIA hasn’t publically confirmed the authenticity of the documents but 3rd parties have including former intelligence officers.

“‘Year Zero’ introduces the scope and direction of the CIA’s global covert hacking program, its malware arsenal, and dozens of ‘zero day’ weaponized exploits against a wide range of US and European company products, [including] Apple’s iPhone, Google’s Android, Microsoft’s Windows and even Samsung’s TVs, which are turned into covert microphones,” the WikiLeaks team said in a statement.

“The archive appears to have been circulated among former US government hackers and contractors in an unauthorized manner, one of whom has provided WikiLeaks with portions of the archive,” it added.

One silver lining is that this leak demonstrates it is so difficult to crack today’s end-to-end encryption apps, such as Signal and WhatsApp, that spies have to drill into the underlying devices and computers to snoop on people. That’s a lot of effort, cost, and risk, compared to eavesdropping on communications on the wire, which strong end-to-end cryptography comfortably thwarts. Agents are therefore forced to carry out targeted snooping on individuals’ devices, rather than carry out mass blanket surveillance.

Meanwhile, some folks are speculating that the source of the leak could be the Russians, and its true purpose is to derail the CIA for political gain.

Many of the tools, attachments and code archives have been redacted by WikiLeaks who stated it was notreleasing the computer code for actual, usable weapons “until a consensus emerges on the technical and political nature of the C.I.A.’s program and how such ‘weapons’ should be analyzed, disarmed and published.”

What’s contained aren’t exactly really zero-day exploits anymore though as this cache is claimed to be from 2013-2016 – but looks more like it’s predominantly from the 2013-2014 period.

That said, I won’t be getting a TV with a micrphone or a camera any time soon.