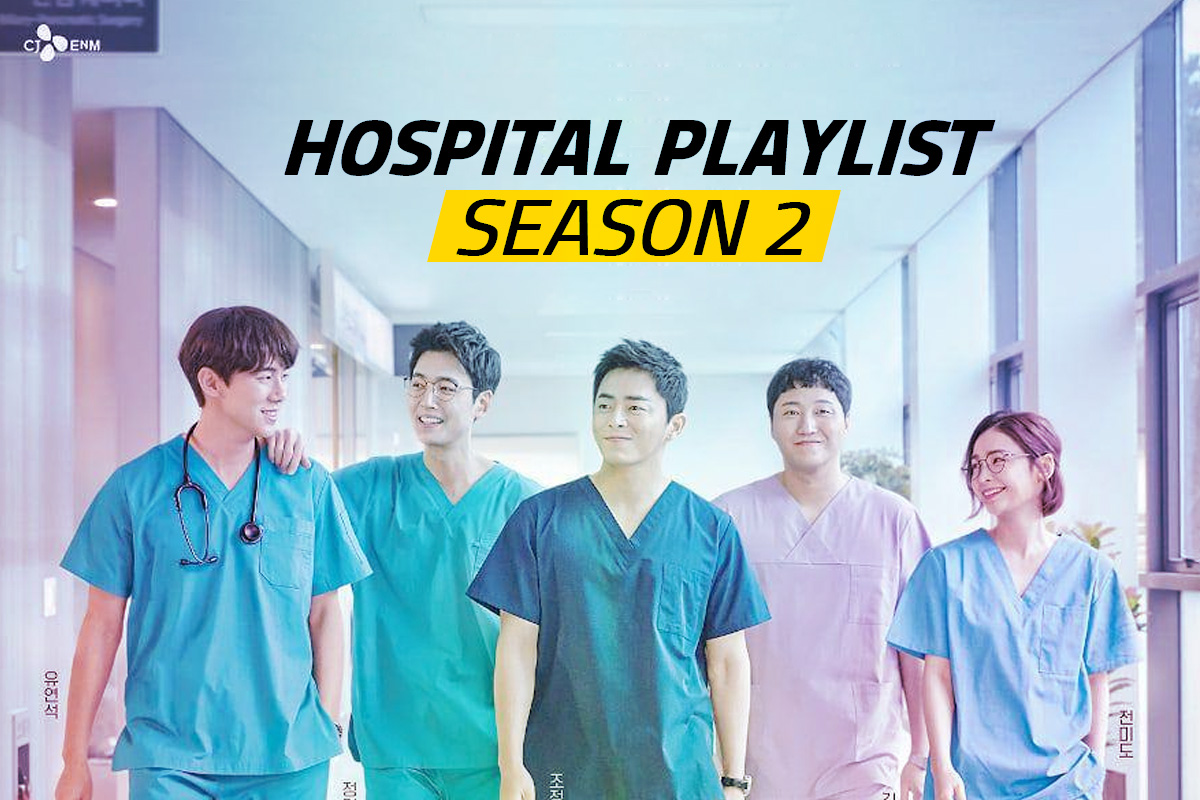 The first season of “Hospital Playlist” was released on 12 March 2020 on Netflix Originals and tvN. Season 1 has 12 episodes and the season was released till the last episode. The last episode aired on 28 May 2020. It’s televised once a week, Thursday at 9 pm in Korean Standard Time.

The teaser trailer of the Korean show named Hospital Playlist has already been released on Youtube.

The cast of Hospital Playlist Season 2

The casting of “Hospital Playlist” season 2 is going to be similar to the casting of season 1. The starring roles are 一 Jo Jung Suk will be returning as Lee Ik jun, Kim Dae Myung will be joining as Yang Seok hyeong, Yoo Yeon Seok will be back as Ahn Jeong won,  Jeon Mi Do will be acted as Chae Song Hwa, Jung Kyung Ho will be back as Kim Jun wan, and we will see Shin Hyun Been as Jang Gyeo wool.

The most famous South Korean series, Hospital Playlist has 2.89 million viewers. It is a story about doctors and nurses and their everyday lives. The story portrays the hospital of  Ulje Medical Center.

There are five friends who become doctors at this hospital. They all passed from the same school named, Medical School in the year 1999. This Korean series tells about their friendship and their work, their support for each other, and also the treatment of the patients who are admitted to that hospital.

Here we got to see the life and death situation of the patients in the doctor’s hands. The five friends equally help each other in critical situations and the other ways they are all relaxing after a hectic and busy schedule.