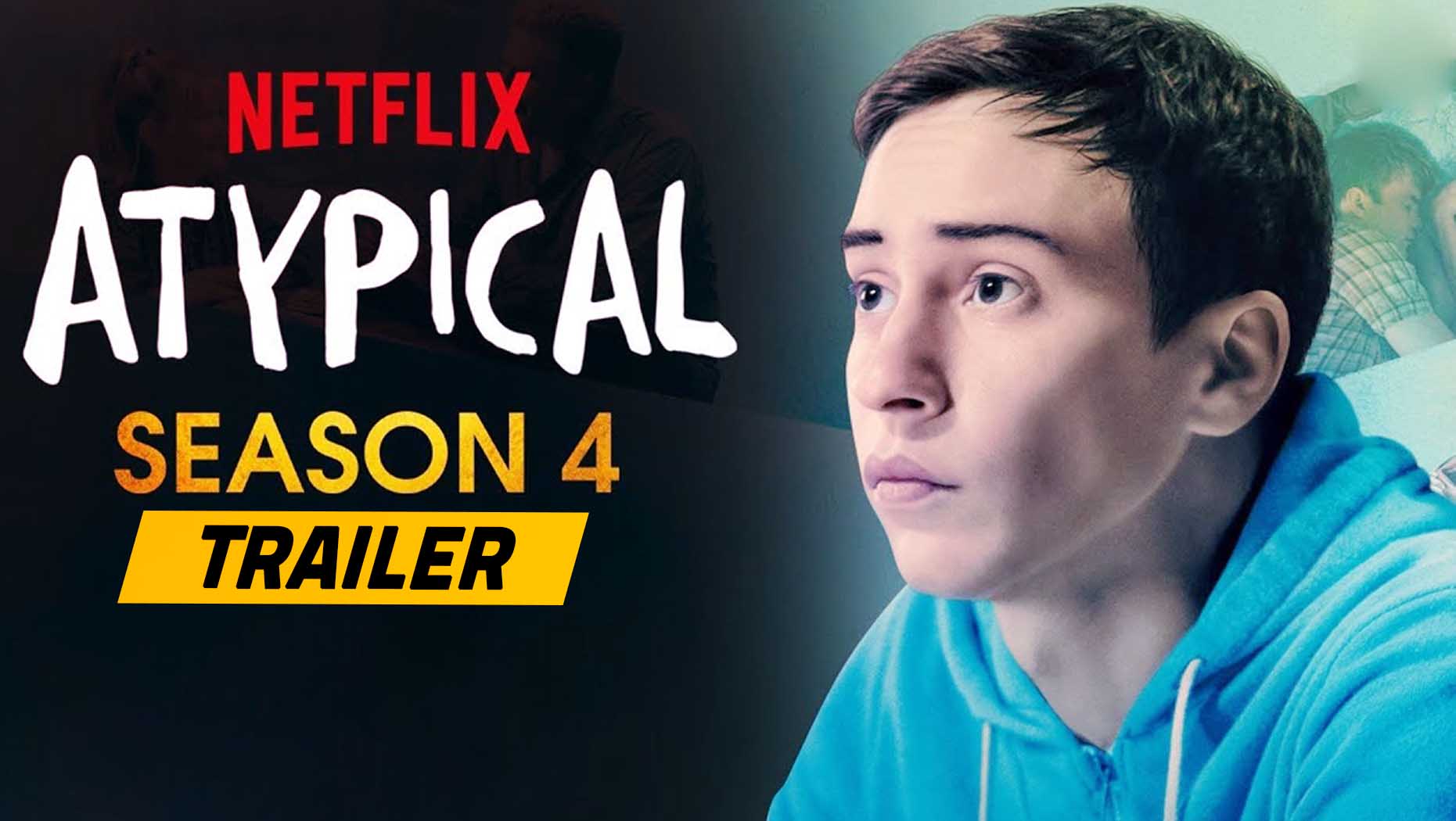 Atypical Season 4 Trailer: Netflix has officially released the full trailer for the upcoming fourth and final season of their acclaimed coming-of-age drama Atypical, which is predicted to debut on July 9.

Atypical is a touching comedy-drama about Sam Gardner (Keir Gilchrist), a young man who has autism spectrum disorder looking for love and independence. The series will come to an end after season 4 gets released this summer, and the new trailer teases an emotional goodbye to the fans.  So, amazingly from the second installment, this series hired autistic actors and writers. This upgraded imagination brought a lot of overwhelmingly positive feedback from the audience.

Atypical is a story from the point-of-view of Sam, who desires love and independence. While Sam on his funny and emotional journey of self-discovery, his entire family is confronting with the change in their own lives. The new trailer shows that Sam is taking an apartment with his best friend Zahid while he’s thinking about after college life. It also focuses on how a friendship can turn into the romance between Lundy-Panie’s Casey and Fivel Stewart’s Izzie, which grew gradually over past seasons.

The final season will show that sam’s journey will be more lively and independent than before. He will face a few hardships and setbacks. As he thinks of his future, it’s likely that it will completely revolve around his ultimate passion for animals, particularly in penguins, and his amazing artistic talent. Though how he will make his career out of these is still unclear.

Atypical is created, written, and executive produced by Robia Rashid, whose previous work includes the famous comedy television series How I Met Your Mother. All the previous seasons of Atypical are exclusively available on Netflix and the premiere will be coming on 9 July 2021. Finally, the Atypical fans are going to bid this comedy series a warm goodbye.