Another Week Another Mass Domain Hijacking 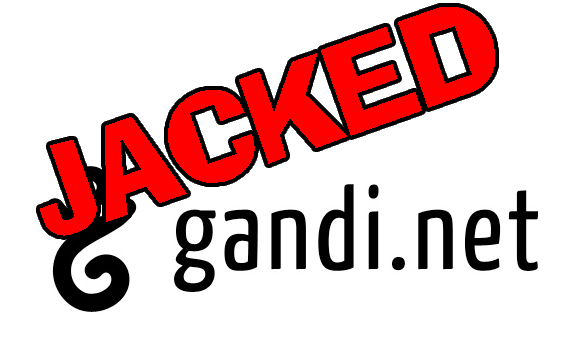 Following shortly after the .io domain cock-up that left thousands vulnerable to domain hijacking, this week more than 750 domains were jacked via registrar Gandi.

Seems like some pretty sloppy administration going on, but that’s how business goes sadly security is still a very much reactive trade. People don’t enable strict controls and audit unless it’s either a) legally mandated or b) sh*t hits the fan.

More than 750 domain names were hijacked through the internet’s own systems, registrar Gandi has admitted.

Late last week, an unknown individual managed to get hold of the company’s login to one of its technical providers, which then connects to no fewer than 27 other top-level domains, including .asia, .au, .ch, .jp and .se.

Using that login, the attacker managed to change the domain details on the official name servers for 751 domains on a range of top-level domains, and redirect them all to a specific website serving up malware.

The changes went unnoticed for four hours until one the registry operators reported the suspicious changes to Gandi. Within an hour, Gandi’s technical team identified the problem, changed all the logins and started reverting the changes made – a process that took three-and-a-half hours, according to the company’s incident report, published this week.

Fortunately, the malicious changes didn’t last too long, somewhere between 8 and 11 hours (as DNS propagation takes time), someone noticed 4 hours after the changes had been made.

I wonder if the attack actually had any effect though and if anyone really installed the malware from the redirected domains, without seeing the real website? I guess it depends on each site demographics and how tech savvy the userbases are.

Taking into account the delay in updating the DNS, the domain names had been hijacked for anywhere between eight and 11 hours, Gandi admits.

Ironically, one website impacted by the attack was Swiss information security company SCRT, which has written a blog post about the hijack of its website. It notes that all of its emails were also redirected during the attack, but fortunately whoever carried out the attack did not set up email servers to grab them.

Gandi meanwhile has reset all its logins and has launched a security audit of its entire infrastructure in an effort to figure out how its logins were stolen.

“We sincerely apologize that this incident occurred,” said its report. “Please be assured that our priority remains on the security of your data and that we will continue to protect your security and privacy in the face of ever-evolving threats.”

It’s one of those things that just happens, and no one is really likely to get punished, everyone is really sorry and well tomorrow business goes on as usual.

Gandi.net is generally thought of as a solid reliable operator so I don’t think this will adversley affect them in the long term.